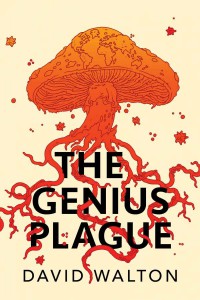 I was not impressed with the protagonist at first. Actually, I didn't like him at all throughout the story. I am biased against first person POV to begin with and it doesn't help that the protagonist is even called out by secondary characters for being a bit of a jerk, yet this adds to his charm overall, just like oh yeah, I speak a foreign a language and I grew up BFFs with politically strategic figures in this suddenly plot relevant country but, uh, I didn't think that was important enough to mention conversations happen at just the right moment.

Sometimes I read a book and know that it would make a great summer movie starring a famous white actor. And I would totally go see it because it would be thrilling and action-packed.

But in written form - it hurt to read sometimes. Not that the science bits weren't interesting, and I did appreciate that the author remembered his characters have to eat at some point to stay alive, but it still felt like a cliche fest. A well-written cliche fest, to be fair.